Hunny came to Humane Society Naples in June of 2020 when Collier County Domestic Animal Services reached out for help with this fearful girl. After allowing her to settle in for a few days, staff immediately noted things Hunny enjoyed and used that to expand her world. One thing she enjoys most is toys. She can play a game of tug-of-war for days! Hunny has had many successful introductions to strangers through food and toys. She went from only having two handlers to a group of staff and volunteers.

Hunny not only showed fear of strangers but fear of dogs as well. It was immediately apparent that interacting with other dogs caused Hunny distress and discomfort. Instead, staff worked on basic commands and concentrated on other activities that didn’t involve other dogs. Hunny will look for guidance from her handler and given the opportunity, she can divert her attention away from dogs.

Because of her work with HSN staff and volunteers, Hunny was given the opportunity to get a break from the shelter and relax in a foster home. This is what her foster mom had to say about her:

“Hunny is wonderful, loyal, protective and loves to play (eat) with her toys. She will want to be in the room where you are. She takes food, snacks, and medication very gently. Hunny loves loves loves to play and tug of war is her favorite, probably because she is so strong. She plays to win! I was not able to tire her out of the game. I was always the one who called it quits. She loves the interaction with her human and loves to snuggle with them. She is so sweet and a great companion. She won’t say no to belly rubs either and will show you her affection with a big kiss on the face!”

Hunny has blossomed and shown her true adventurous personality over the past year and she’s ready to blossom in a home! She is curious, adventurous, sweet and always ready to have fun! Although, at first she won’t show this side. She will be afraid and can spook people easily but only because she is spooked herself by strangers.  If you are interested in meeting Hunny or learning more about her, please email dogtraining@hsnaples.org or call (239) 643-1555. Our team will set up a meet and greet at the Oaks Campus so you can see what an amazing dog she is in person! 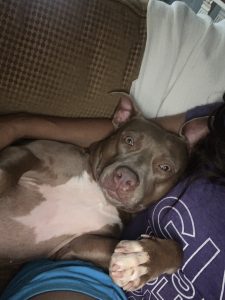 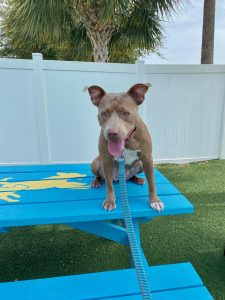 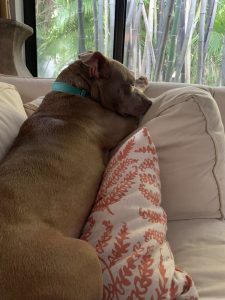 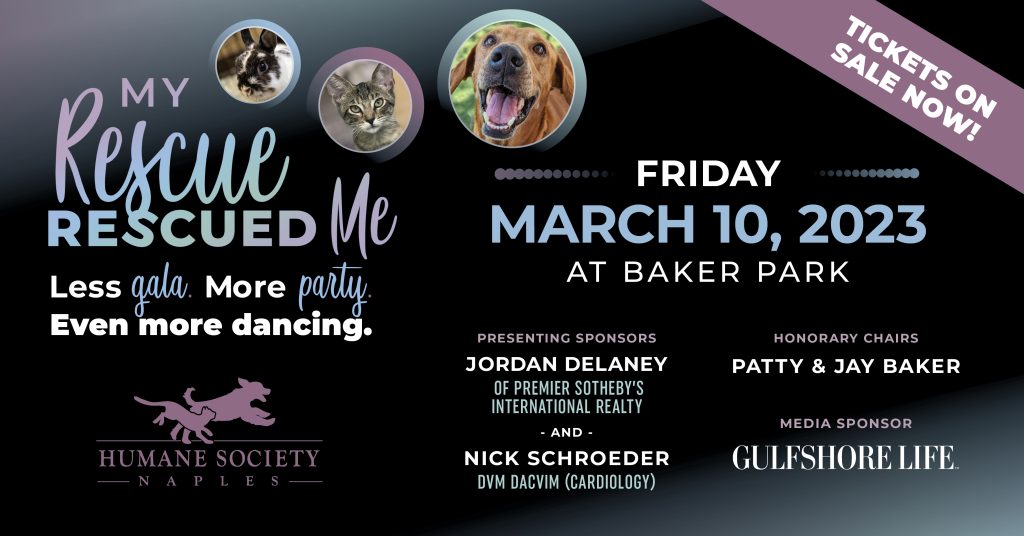