Tupac first arrived at HSN as a puppy in 2015 and was adopted by a young family. Less than a year after being adopted, he was stolen. They filed a police report and received the disheartening news that these reports rarely result in returned dogs and the stolen dogs often end up as part of dogfighting organizations. The adopters never gave up hope and their son spoke often about his missing friend hoping one day they would be reunited.

Flash forward to this summer, five years later, and HSN received a call that one of our dogs was identified by microchip in Marion County Animal Services in Ocala. HSN sent staff to pick Tupac up and brought him back to Naples to reunite him with his family.

Upon arrival, HSN had him assessed for both health and behavior concerns. “We were especially concerned since it was reported he was found stray and in poor health. With the intervening years, we would not be certain what his state of mind would be,” said Gabe Waters, Director of Animal Care at HSN. A medical assessment led to the discovery Tupac had contracted heartworms, was overly skinny and his skin was in very poor health.

“These are all things we deal with as a shelter on a regular basis so it was time to assess how the years had treated him behaviorally,” said Waters. In a testament to how resilient dogs can be, Tupac was shy but loving. Once he decided you were a friend, he stuck close making contact as much as he could. From there HSN invited his original adopters to reunite with Tupac at the shelter.

It was an emotional reunion but as Tupac reunited with his family, first his parents and then his brother the next day (as well as a new baby brother), you could see the spark of recognition and hope in his eyes. Tupac can rest easy now knowing his days on the streets are over and instead will be filled with care in a safe and loving home.

Watch footage of Tupac’s reunion on the HSN Facebook page. 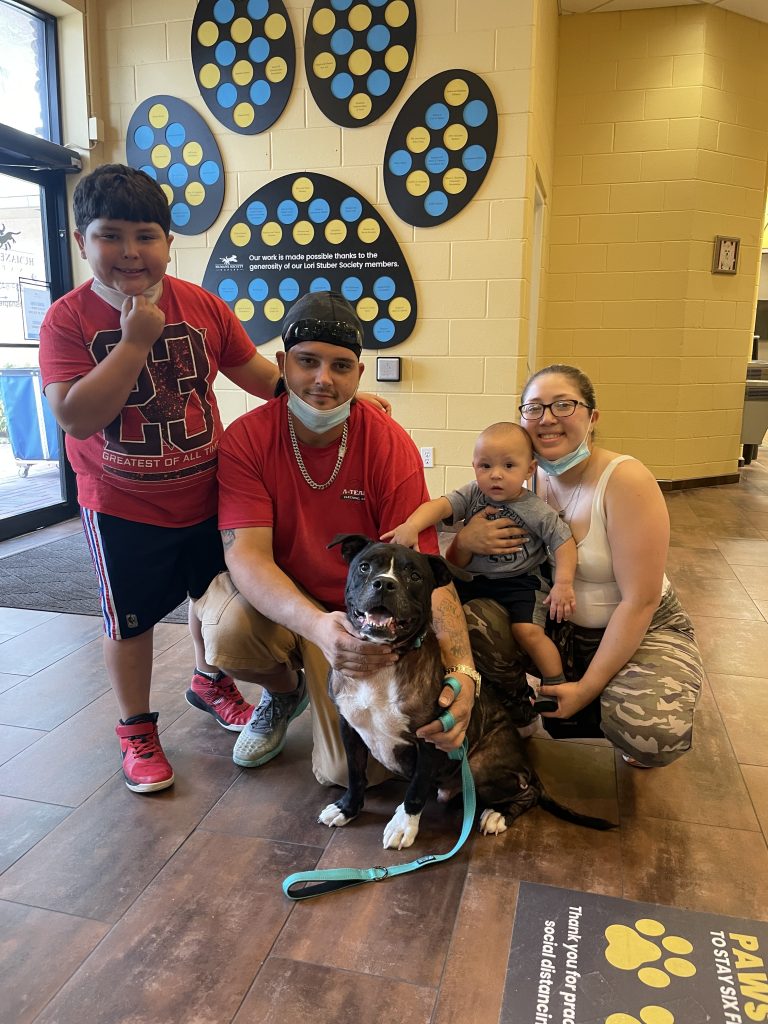 Foster
Volunteer
close
Start typing to see products you are looking for.
X
Scroll To Top