Tweed first arrived at Humane Society Naples in January 2020 with a severe case of mange (parasitic skin disease), so severe in fact that it was also affecting the area around his eyes. In addition, Tweed was diagnosed with Dilated Cardiomyopathy, a type of cardiac disease where contractility (the ability to squeeze blood out) is reduced, resulting in dilation (enlargement) of the heart.

Despite the odds against him, Tweed was determined to live his best life. His mange cleared up within a few months of care and after visiting with a Board Certified Cardiologist, HSN began treatment based on the cardiologist’s recommendation. Speaking with Dr. John Morton, Medical Director at HSN, he stated, “Tweed’s heart condition is an interesting and somewhat unfortunate one. We have been monitoring him closely and following all the cardiology recommendations, and in doing so have likely kept his disease stable over the last 18 months. Dogs like him can live years when the disease is adequately controlled, even if they go into active heart failure, which he has not yet. HSN is committed to his care and will pay for all cardiac-related care for the entirety of his life.”

While his heart may be imperfect, Tweed does not let it hinder the love he has to give. He is restricted to limited activity levels so as to not put a strain on his heart but the staff at HSN think he rather enjoys the leisurely lifestyle. After a few months in the shelter and his skin condition cleared up, he began to exhibit a more playful side that he is now known for. It was clear he lacked socialization with dogs and humans therefore the HSN Behavior Team went to work on getting him adoption-ready. Tweed has always been slow to trust new people but in recent months he has opened up significantly. His personality is humongous and everyone who gets to know him loves him wholeheartedly.

As our June DeVoe Subaru Dog of the Month, Tweed’s adoption fee is generously sponsored and his adoption includes a Subaru goody bag.

You can meet Tweed at the von Arx Adoption Center, open Tuesday-Sunday from 11:00am-4:00pm. Staff and volunteers are more than ready to let you know what an amazing dog Tweed is and how he’s a wonderful companion to have as a part of your family.

Tweed before arriving at HSN: 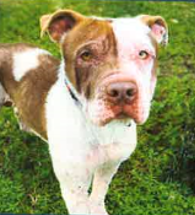 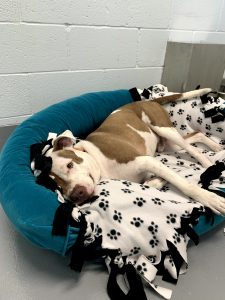 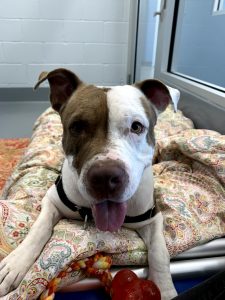 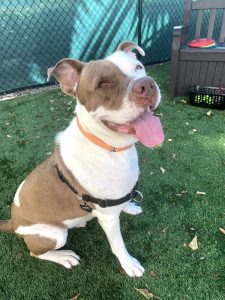 Newer August DeVoe Subaru Dog of the Month: Billy Joe
Back to list
Older A Man and His Dog
close